Surely not. We’re much too clever for that … or at least, our beloved and personally elected officials are. (So there!)

The prime minister, Scott Morrison, has attempted to rally member nations of the WHO to support an independent inquiry into the origins and spread of the coronavirus …

But China is seemingly unwilling to co-operate and has issued veiled threats over whether Chinese citizens would continue to travel to Australia and purchase the country’s products.

This week, the state-controlled People’s Daily lashed out at Scott Morrison as deserving “a slap in the face” for trying to blame the Covid-19 pandemic on the communist state, warning any push for an independent inquiry into the virus’ origins will spark a travel and trade boycott.

Hey … don’t ask me, I’m just an impartial spectator here. Ask yourself, you’re clever. Australians, ahhhh … almost the same as people, bless ’em! And as a people myself, I know which side my butter is breaded on and when not to eat the hand that feeds me. Now, an aside— 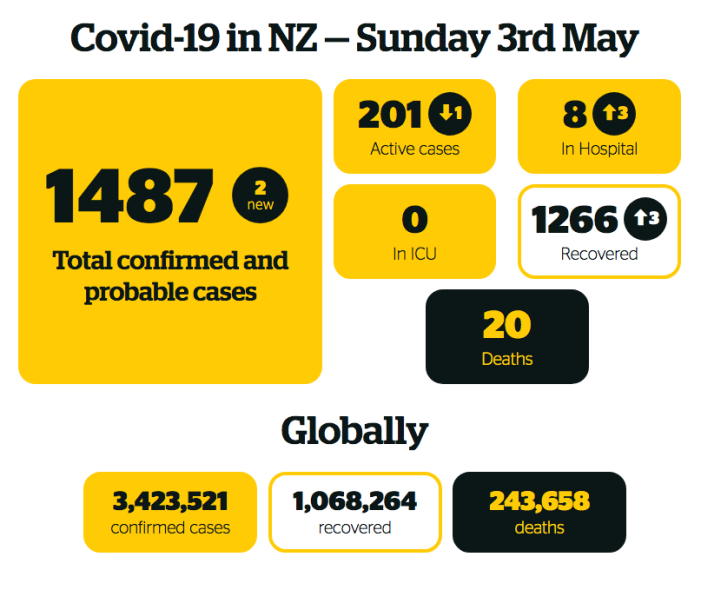 —it just seemed to hold a wee degree of philosophical appeal. You know, that ‘human nature’ and ‘human interest’ stuff. You know, Free Market: create a demand, fill it, make a buck.

Make of it whatever you will, I’m off now to brush the spiders out of our garage (done the car yesterday).

come out of our Lockdown? Especially given that some pundits have pundated that “the world will never be the same again“* …

I ponder mindset, Shakespeare’s “insolence of office” … how’s everyone’s local Gestapo going to act when their raisons d’etre are whipped out from under their feet?

But man, proud man,
Drest in a little brief authority,
Most ignorant of what he’s most assur’d;

Our own freedoms are the biggest threat to our democratic ways of life. Being free to seek the cheapest/best bargains (as we see them) we toddle off to the markets; and ‘open’ markets are the genuine true democracies. Choice; given competing suppliers with competing price/quality levels to choose from we buy as WE see best. Every dollar is actually a vote—if you buy from Seller A rather than Seller B you are voting for the continued existence of seller A …

essentially a slave system. It is Communist, and Communism is slavery. And guess what this Corona thing has taught me? If nothing else, much of America’s front-line medical stuffs … comes from China.

Sure, good Supply Officers will buy the best they can get for the lowest price. We all do it.

But why can China supply its products so cheaply?

Don’t ask … just wonder for a moment how much a Master has to ‘pay’ his slaves … and could we compete? So who has whom by the testimonials, hey?

actually is some form of “warfare” release, it was loosed too soon. But so what? Will it make any difference? (CLUE: none at all.) Even if it kills us we shall continue buying from the cheapest source and that’s the end of it.

—which may (or not) be of interest to anyone with a few hours to spare. I have no idea how true it is or even if the writer is just a wee bit paranoid. (For all I know it could be American counter-counter-propaganda~?)* 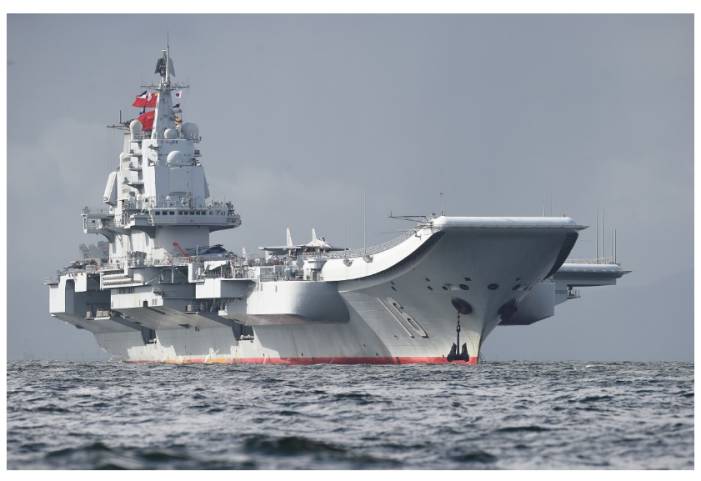 And totally unrelated, a wee while ago I came across this sample pic of the latest Chinese battlejunk—

—nearing completion. But do not fret … they will only ever use it in home waters, where it can be of no threat to anyone complying with international law. AND—

—even if it did stay afloat long enough to reach international waters, any crew aboard would all be unwilling conscript paddy farmers, quite unable to see enough through those hooded slitty eyes to reliably land safely anyway—

“(Bugger …) Do not fret, Pet. I’m sure that any other nice reader out there will divine my drift—?”

Anyway, I’m off to look up all possible meanings of the word ‘hubris’ … so I shall leave you wondering if this, too, may be relevant?   CLICK HERE

doth not a winter make …

—if you like Ozzies it may ring your bell, especially if you’ve read the famous UK nut Gavin Menzies and held some of his ludicrous claims in mind whilst watching a Plummtree video set in New Zealand—now here’s the point: tie ’em both together.

Ye gods, it gets complicated being an old dog of eclectic interests. And don’t be offended if you’ve figured out that the above image is a bare butt—

(quite rightly so, it is)

—it’s Buddha’s very own personal butt.  So it’s holy, and thus inoffensive. “Holy things,” we are told darkly, “cannot be offensive; and in fact must always be treated with the greatest respect~!”

… … moving on: If you want to go to the source of the image and the tales that go with it

Or not be enthralled.

I rarely hold anyone in thrall these days but the Plummtree video does—possibly unwittingly, it ties in. I’ll leave it to you to do the sums. 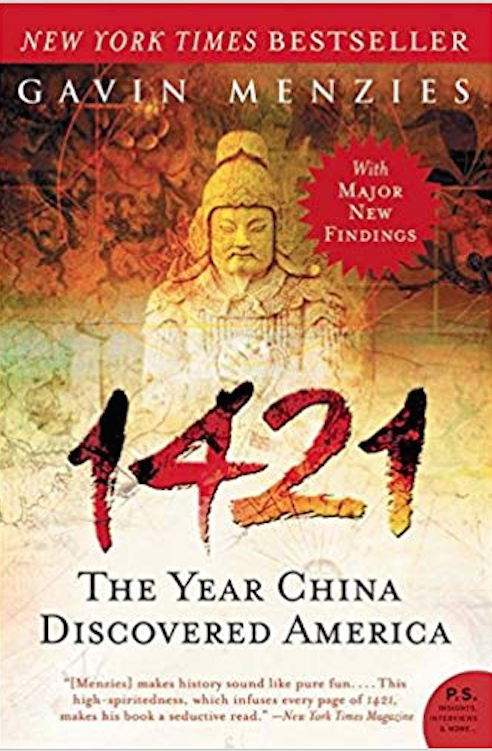 —And the video ties NZ to Menzies anyway, so what does that have to do with a bare-bummed wee Buddha? Ha! I’m just an old mutt with nothing better to do …

so good for so long. Now you’ve blown your own foot off and are shifting target to the other—have fun~!

I PULLED THIS IN

recently, written by someone with a bigger axe to grind than I. As a devout atheist I hold Abrahamic religions in contempt as wannabe ‘con job’ monopolies; whereas being a devout Christian this lady (below) holds Islam as THE very real threat to her own semi-monopoly on superstition.

Tell me if this resonates

“The undoubted risk of importing large numbers from an anti-Western culture which refuses to assimilate, and regards us as the infidel, has hitherto apparently been too sensitive to be debated. Already pressure grows for special concessions to ‘Muslim sensitivity’, such as for Muslim women to have their own exclusive times at a community swimming pool.”

—and if not, would it resonate if it were your way of life being rushed to the edge by the unthinking insouciant?

It’s from an Australian publication—it would have to be, kiwi stuff yes but I doubt that any kiwi outlet would get away with it. Well worth reading in full—I love the bit about how animals for the pot must face Mecca to have their throats cut by a practising Muslim (which guarantees “jobs for the boys”, no?).

So question of the day, think carefully:

Who do YOU think will win in the end—

(a)  Chinese expansion, or

(b)  the Islamic invasions?

Don’t ask me—by the grace of God I shan’t be here when it happens. And I at least don’t have descendants—I feel for those who do; but hey, it’s a Democracy* and you get what you vote for, no?

“Don’t fret Argus—I’ll always be right here, watching over you.”

Some damned alarmist once advised “Walk softly, and carry a big stick” … obviously someone afeared of the dark, no?

Some non-alarmists advise us to “Trust in The Lord, and She’ll see you right!” … nice, has that comforting ring of Noddy books about it. Hold me tight …

Others see patterns emerging from the mists, Despite themselves they get attacks of the shi— shivering shivers.

—and when I see something like this I sing to myself. You know, dog-purr, you’d be surprised at how much it helps.

more deeply into China’s past then boned up further by perusing various self-interested money-making outputs and ran them through the filters. Brrrr.

could well be out-and-out propaganda aimed at gullible old goats who nevertheless still posses a vote* . Who knows? But I’ve said before that China is the “sleeping dragon that has been awakened” (clichés—don’t you just adore them?) and I’m glad I’m past caring.

there were local paper headlines celebrating the fact that we are importing from China pre-fabricated houses very cheaply (that can be clipped together in a variety of patterns); much more cheaply that we could ever hope to make ’em ourselves.

* Vote? I never use mine: doing so achieves nothing—it just encourages politicians.