not only ‘strange bedfellows’ but folks who are just a little bit     …    different    …    and who are often withdrawn, deeply introspective, given to outbursts for provocations seen as minor and who even often dwell in a world apart from the rest of us.

is how so very many normal folks can effectively ‘take it in their stride’ and simply get on with life. Do they ever ‘turn to God’? Apparently, I’m told, some do—there is a saying beloved of Goddists that “There are no atheists in foxholes”.

Thank God, then, for foxholes, no?*

So warfare is just one of God’s cute little ‘teaching aids’ (engineered by Him some fourteen thousand million years ago before He omnisciently created the universe)—and so all of us ungrateful bastards should be thankful for His methods of trying to draw us into His holy Kingdom?

Rather than me spending the rest of the day bleating, try visiting this link—

—for the source of this wee quote:

“It was seen as taboo. They bottled it up because they weren’t able to talk about the things they had seen and wanted it to be in the past.”

But to talk about something requires a common language. So now go hug a veteran … and be careful not to get bitten.

* Who else? (Trick question—be careful here.)

(if I may use the word) a library book on the Normandy landings and the ensuing Normandy campaign in WW2. On a subsequent Googolising whim I ended up in u-toobe with this serendipitatious happenstance viewing—

Which is actually narrated (with rather unBritish enthusiasm) by the guy who wrote the book:

—which he holds during his delivery. And well he should, it’s rather good, and it may even enter history as the Definitive work on the Normandy campaign from D-day planning through to kaputulation (if I may be allowed such a word).

The book is, literally, an eye-opener …

—which may (or not) be of interest to anyone with a few hours to spare. I have no idea how true it is or even if the writer is just a wee bit paranoid. (For all I know it could be American counter-counter-propaganda~?)*

And totally unrelated, a wee while ago I came across this sample pic of the latest Chinese battlejunk—

—nearing completion. But do not fret … they will only ever use it in home waters, where it can be of no threat to anyone complying with international law. AND—

—even if it did stay afloat long enough to reach international waters, any crew aboard would all be unwilling conscript paddy farmers, quite unable to see enough through those hooded slitty eyes to reliably land safely anyway—

“(Bugger …) Do not fret, Pet. I’m sure that any other nice reader out there will divine my drift—?”

Anyway, I’m off to look up all possible meanings of the word ‘hubris’ … so I shall leave you wondering if this, too, may be relevant?   CLICK HERE 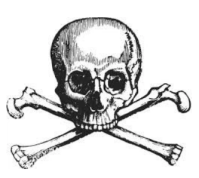 NONE TO DO IT

—and it’s sobering stuff. Thank heavens such can never happen again, today we have  experts in charge.

In charge to lead the charge … what was that song from a while back~? Oh, yes …

“… and who was it that led the charge, that took us safe to the rear …”

Yep. That’s what leaders do. Real leaders, that is: our leaders (all salute!).

You still not sure what the ol’ Dog is on about?

See below for a clue … (you can’t miss it, it’s labelled “CLUE” in big letters—and if by now you’re feeling a bit miffed, I confidently predict that you are a voter. No?)

Cannon-fodder is cheap (and expendable).

Actually getting up off your arse and thinking ain’t cheap. It takes effort (but cheer up, if you run low on personnel there’s always the draft …)

* Sit out it in the rear, secure in the knowledge that once the bombardment has reduced the obstacles/defences to bits of old scrap all the troops have to do after (paddling ashore) is dry out their socks and stroll through to Berlin … you know:          numbers game

the Mac’s onboard dictionary says ‘lingo’ means “… a foreign language or dialect etc etc” whereas I use it to refer to the English language as used by us foreigners in New Zealand.

Now you’re ready, cast your eyes over this snippet—

“After thinking it all over I have come to the conclusion that if I had got married and dodged military service as long as I could, I might have had my car and bungalow to-day.”

The above constitutes the majority of a letter written to the Otago Daily Times and published on January 8, 1919, from a returned soldier who signed themselves simply as “Main Body”. The letter received two responses.

Snipped recently from a local paper.

So: I wuz brung up proper to use the lingo the way it should be spoke and writed, and not like how them moderns make up there own rules as they goes along.

(a) it is essential that Political Correctness be  compulsion of the day, and

(b) there shalt be NO distinctions made—regardless of gender, age, colour, race, creed (or any other distinguishments) on any grounds whatsoever …

—I find it disturbing that unless I pop my clogs within the next decade I may no longer be able to communicate with replacement generation/s.

BUT I WOULD LOVE

to know who is behind the modern wave of “anything goes”—one by one the old values are being systematically demolished. Why? Cui bono?

IT WON’T BE LONG

before ‘His’ and ‘Hers’ are replaced around our world with ‘THEIRS’ and have done with it.

For some—we’ll have twice as many toilets and changing rooms available to all for no extra cost.

But what about extending the concept? Make it universal, remove distinguishments of any kind? So that … atheists can now go worship in Catholic churches, Moslems in synagogues, peaceniks in barrackses; anyone can say anything about anything anywhere at any time with no more of this damn (panty-waist) ‘consideration for others’?

AS FAR AS MILITARY SERVICE

is concerned, indeed there should be no exemptions.

Make it compulsory for all: round ’em up off the streets and induct the lot—herd ’em in and take away their names, clothing, gender, anything at all … and give ’em all at least two years compulsory re-education and service: (oops) make people of them!

Just like we used to in the good old days when men were men and galloped off to war while the fair sex stayed at home courting the ‘slackers’ and ‘dodgers’.  (Oops—I’d add more but The Spouse has just summoned me … gotta rush …)

how that returned soldier

And that’s not just my morals. 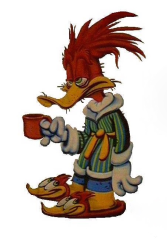 —an elderly new naval problem with a modern twist. The twist this time being … aawww, heck … you figure it out—

“Surface ships engaged in shallow water ASW or merely operating in shallow water will likely find themselves in surprise, close range encounters with non-nuclear submarines and a short range, quick reaction ASW weapon could provide the defense needed to survive the encounter.  The small size and weight of the launcher makes it suitable for any ship and allows it to be added almost anywhere that a small deck penetration for the reloads can be accommodated.“

AND WHILE ON THE SUBJECT OF GENIUS—

“Moreover, during the first part of the war, the Japanese tended to set their depth charges too shallow, unaware U.S. submarines could dive below 150 feet (45m). Unfortunately, this deficiency was revealed in a June 1943 press conference held by U.S. Congressman Andrew J. May, and soon enemy depth charges were set to explode as deep as 250 feet (76m). Vice Admiral Charles A. Lockwood, COMSUBPAC, later estimated May’s revelation cost the navy as many as ten submarines and 800 crewmen.[14][15]”

* Can you imagine what a Naval Committee revamped hairbrush might look like (and all the accompanying screeds extolling its virtues) after the routine fifteen year investigation and development?

—written in a way I’m very grateful I can’t. I just hope the comment I left there won’t be misinterpreted …